Automatic Encoding of Internal Fonts from .XLS and .XLSX Files to Descriptors 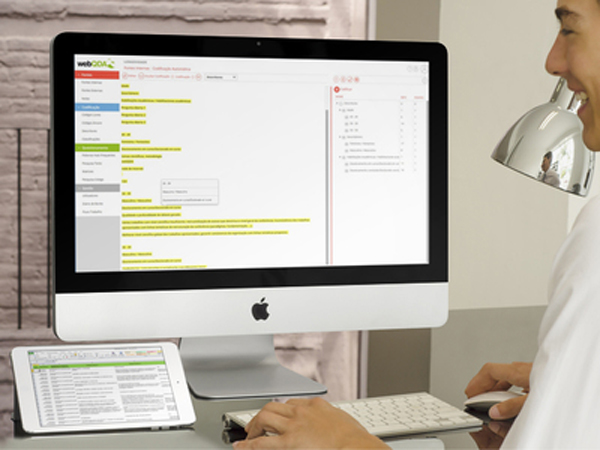 webQDA continues to work on improvements and upgrades to automate certain processes. A new feature has been implemented: Automatic Encoding of Internal Fonts from .XLS and .XLSX Files to Descriptors. Depending on the number of rows and columns this procedure, which until now could take hours, starts running in seconds.

The user selects the file to be imported through the Internal Fonts, command “AUTOMATIC CODING”

. Afterwards, the options presented in Figure 2 will appear. The user has File Name and Number of Columns information and must select the contents of the file that should be imported into the Internal Sources and Descriptors. 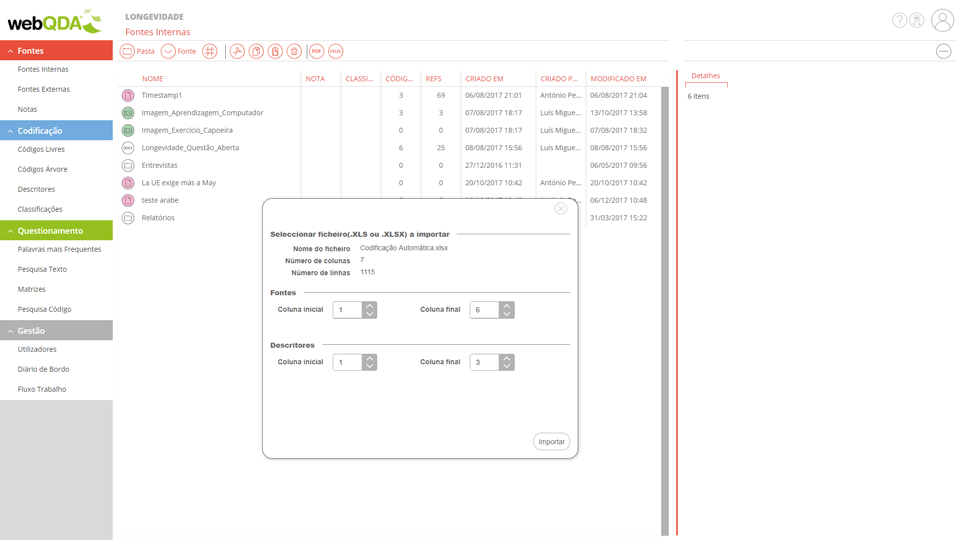 After import, webQDA will encode the data selected for the Internal Sources (Figure 2, middle column) in the selected Descriptors (Figure 3, right-hand column). 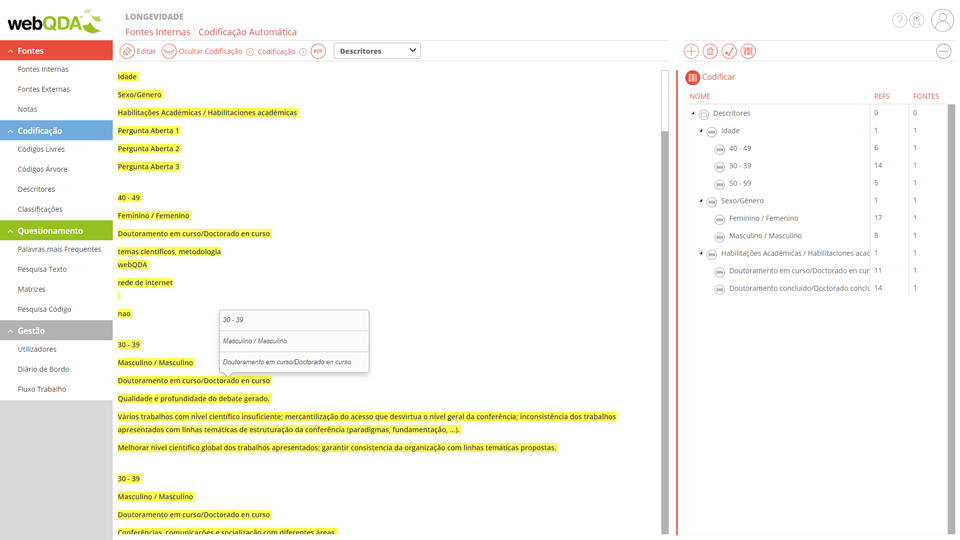 In Figure 4 you can see the result of the process described in Figure 3. Parent (category) code (for example, age and profession) corresponds to the first line of the Excel file. Descriptors must not contain more than 100 characters. 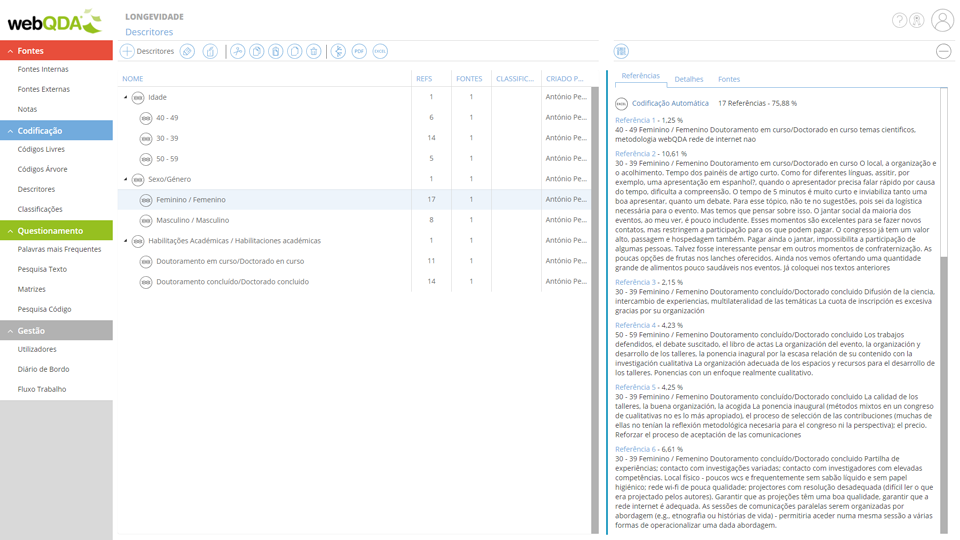 Figure 4 – Table of Descriptors after importing the Excel file

This new feature streamlines the analysis work in webQDA substantially by automating the coding process. As an example, an Excel file with 500 entries containing 3 descriptors/attributes (age / gender / academic qualifications…) would imply at least 2500 clicks to manually encode. With Automatic Encoding in Descriptors, this process is completed in a few seconds! An essential tool that will make your research process even more productive. 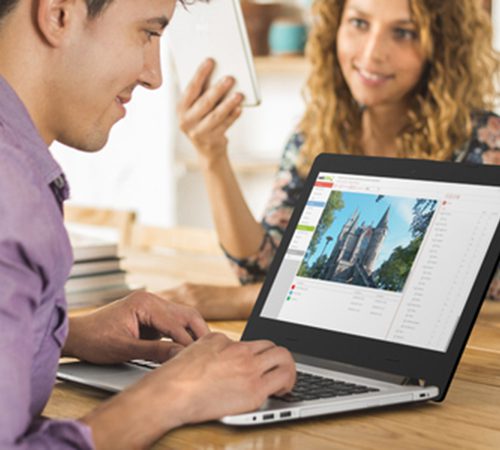 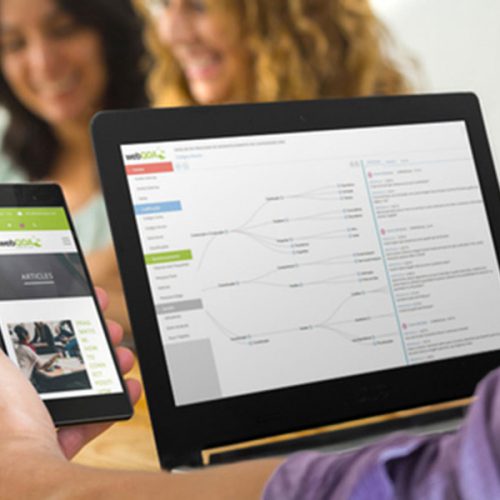